If you know me, you know I love Xanadu.  Mostly shot in Hollywood and Venice, the actual Pan-Pacific Auditorium that was the title's locale was burnt down in 1989.  In its place is the Pan-Pacific Park, which still retains some of the architectural touches than many Xanadu fans will recognize. 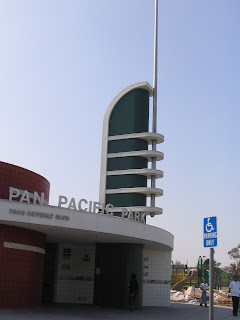 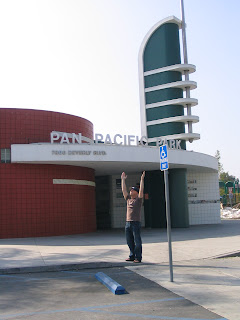 The alley where Michael sees the mural of the seven muses was in Venice Beach.  The production actually built the wall to make it look like an alley on this street. 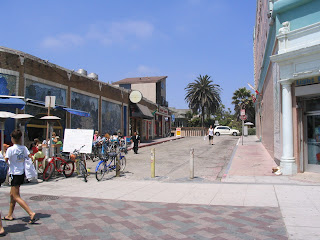 Directly across from the street is the area where Michael skates around a bit before deciding to smash through the mural to find Kira. 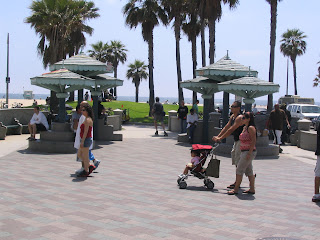