The U.S. remake of La Femme Nikita in 1993 (yes, even back then they were churning out bad remakes) showcased a scene at a hotel.   The hotel is in Century City, right next to the Die Hard building and Fox Studios.
The hotel has been used in many productions, most notably Lethal Weapon 2. 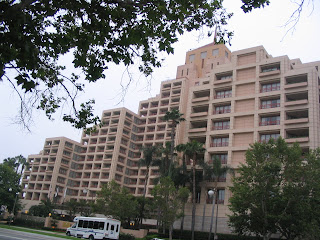 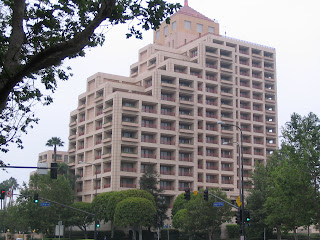