Check out the all new CARRIE page at Set-Jetter.com! 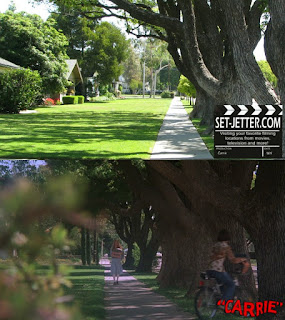 For a previous post on Carrie, click here to see the school gymnasium and the pig farm from the movie. 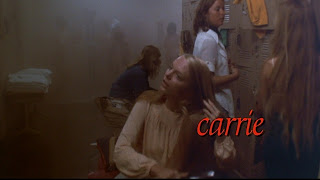 While the majority of the high school was shot in Hermosa Beach, the outside field was up in a Pacific Palisades school, which many films use.   This area was seen extensively when gym teacher, Betty Buckley, forced the girls to detention on the field and when Amy Irving first started to talk to her boyfriend, William Katt, by the bleachers... 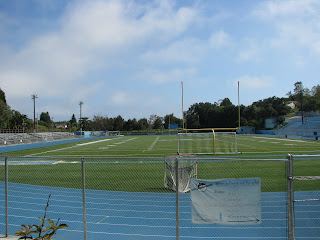 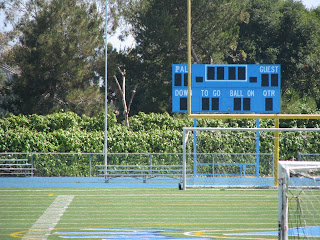 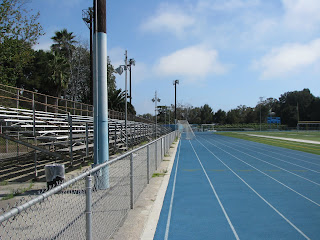 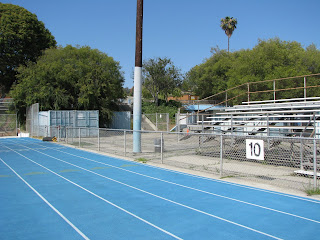 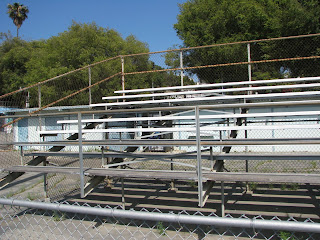 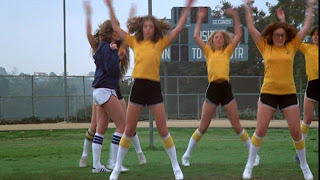 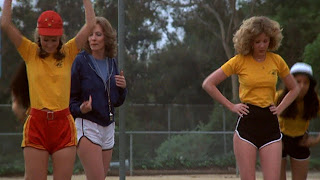 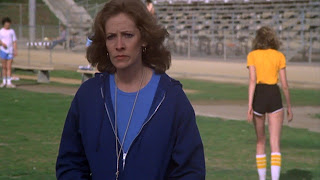 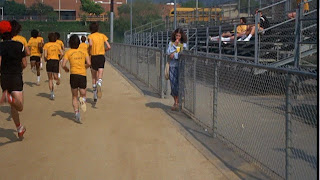 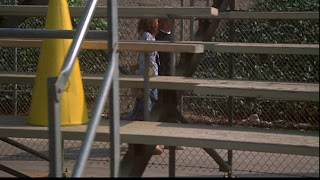 Carrie's house was located in Santa Paula, California, but is no longer there, just an empty lot.  The other exterior scene shot in the town was Cameron Depalma taunting Sissy Spacek with his bike (Creepy Carrie, Creepy Carrie, ha ha!).    Not quite worth the drive up there.

Wipe that smirk off your face, Norma... 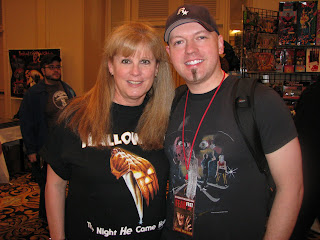